AGATHA FOUNDATION
“Stitching in time to save nine” 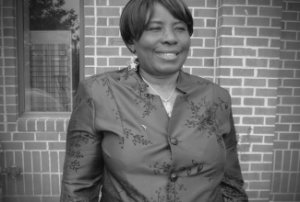 The Agatha Foundation is a 501 c (3) not-for-profit organization based in Maryland and Washington DC, and currently serving women, children and young people at-risk within the Greater DC Metro area, Cameroon and Nigeria. Education and healthcare are the pillars around which services are hinged.

The foundation is named after Mrs. Agatha Happi, a deceased Cameroonian mother of six children, three boys and three girls. Agatha suffered the fate of many African women often abused and maltreated by their husbands especially those with financial prowess. She was thrown out of her home, deprived of even seeing the “fruits of her womb” and abandoned by her family. She later on tried her hand in business but was not lucky enough as sooner than later she had an accident that incapacitated her.

Her experiences rather emboldened her as she made it her vocation to ensure that no woman should be abused and maltreated like she was. Through her skill as a seamstress she was able to monetize this and teach other women the merit of economic empowerment as a tool to escape male chauvinism.

Part of her ministry also included children as she quickly turned her living room to a shelter for kids some of whom she picked on the streets or those orphaned especially by HIV/AIDS.

In 2009, Agatha traveled to the United States of America. During her brief stay here, she took advantage to gain some practical skills, which she thought would help her upon returning to Cameroon to help others and continue the work she had begun. She took courses in remedial English, CPR, Home Health Aide, Early Childhood development to name but these.

Agatha’s dream of returning to Cameroon and continuing with her work was attenuated by her sudden death in 2010 occasioned by the dreaded monster, cancer. 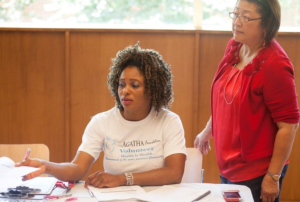 The foundation was in gestation before she died. Her dream did not die with her as her daughter moved by the marvels she saw when she traveled to Cameroon to bury her mother, decided to continue the work she had begun. In fact, the avalanche of stories the beneficiaries of her mother’s largesse some of whom felt doubly orphaned now that she had passed on, energized Eugenie Kabiwa to walk the path her mum had trod. And so, The Agatha Foundation was born.

The foundation seeks to perpetuate the legacy of Mrs. Agatha Happi whose life story painted in broad strokes contains the contours of the landscape the foundation intends to cover. This encompasses women, children and young people abused, abandoned or orphaned and/or simply at-risk.